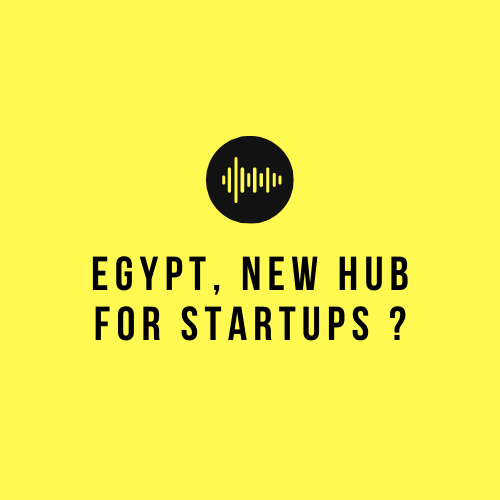 If you are an avid reader of StartuppersClub, you know that South Africa, Kenya and Nigeria are by far the 3 countries with the most startups. But the report of Partech Africa draws attention to Egypt as the next Startup Nation of Africa!

Indeed, African startups have raised 2 billion dollars in capital in 2019. And Egypt is in a good position in these fundraising ranking. This Maghreb country is becoming one of the drivers of technological innovation.

Partech Africa has identified and analyzed 250 fundraising transactions carried out by more than 200 startups across Africa. The amount raised has almost doubled compared to 2018 (+74%). But another change seems to be taking place within the ranking of African countries.

Indeed, Egypt has moved ahead of South Africa by taking second place in the ranking. The number of successful operations by Egyptian startups are 3 times more numerous. And the amount raised has more than tripled, exceeding the overall African performance, which is already significant.

As is often the case with such a large national startup scene, there is a state will. This was also the case for Poland, the next European Startup Nation. Indeed, the government led by Sissi is multiplying infrastructure projects that could facilitate the creation of Egyptian startups. Internet access is on the rise with the development of fiber, 4G and soon even 5G networks. Also, the creation of companies has been facilitated on the administrative level.

With a very young population, 60% is under 30 years old, the state hopes that future startuppers can easily create their first startups. All the more so as support programs are starting to develop with private and public initiatives, such as the Flat6Labs incubator. Finally, one Egyptian out of two wants to create a company.

However, some challenges still await Egypt before it becomes a hub for start-ups. Indeed, setting up a business still costs around 1500$ and raising funds is still more complicated than in Europe.

A startup competition in partnership with France

The Egyptian state is trying to help local startups as much as possible. The first Franco-Egyptian startup competition was organized in partnership with France. Indeed, from 6 November 2019, the aim of the competition will be to identify Egyptian startups with high potential. These companies, mainly technological, operate in 3 main sectors. Health, the Sustainable City and the flagship topic of the moment, Fintech.

The French business community has brought together some fifteen companies and investors including AfricInvest, Crédit Agricole, Axa, Orange and Thalès. On the Egyptian side, training will be organized by acceleration and incubation programs such as Flat6LAbs, Falak and TIEC.

The 7 winning startups will be awarded a financial prize (EGP 750,000, or around €43,000 in total), and all will receive support and guidance from the competition partners.