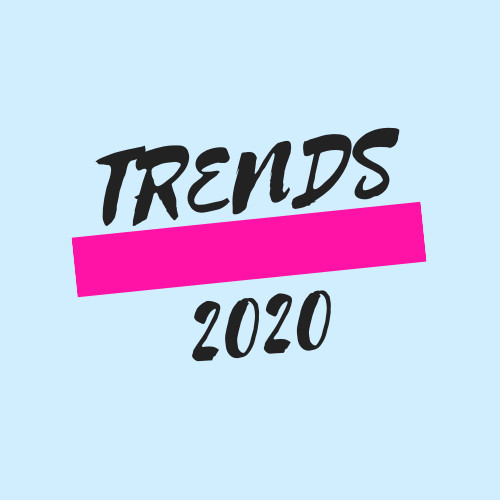 Unicorns buying unicorns. An $8T opportunity in wellness technology. Empathy in design. Killer robots. Here are the main technological trends that should reshape the industries in 2020. At least, according to the CB Insights report on the 14 Tech Trends 2020. The Startuppers Club goes back over the main points of this report whose conclusions are based on artificial intelligence.

According to the CB Insights study, virtual reality could well be integrated into the organization of companies to bring people together from far away. Indeed, for several years now, we have been noticing the rise of remote workers and freelancers. But we also note the increase in real estate prices which could push some companies to relocate part of their employees. It would therefore become interesting to make some employees work from home, or in cities cheaper than Paris, London or New York.

This is where virtual reality comes into its own! Startups such as Magic Leap or Spatial offer virtual rooms where employees’ avatars can meet. When participants wear the glasses, they feel like they are in a meeting room with others.

CB Insights predicts an increase in crimes perpetrated by robots or malware. In 2017, the movie Slaughterbots was released on Youtube. It featured autonomous drones capable of killing. But these drones were also equipped with facial recognition technology. The risk of seeing killer robots is very real according to CB Insights, since all technologies are available today. And they’re not too expensive, so they’re not reserved for states like nuclear weapons could be.

Also, ransomwares should multiply and attack key institutions. Last year we saw attacks on the city of Atlanta, the British social security service or the London Stock Exchange. According to a report by McAfee, the hacking ecosystem will grow and concentrate to create more powerful forces. It is expected that in reaction cybersecurity startups will emerge against ransomwares. Cybersecurity will therefore certainly be in the Top 10 of Trends 2020.

Artificial intelligence in Trends 2020, of course

As every year, artificial intelligence is part of the Trends 2020. Start-ups that are evolving there are raising millions of dollars and the progress made is significant.

Machine learning technology should become more democratic. “No code analytics” is seen as the next development of artificial intelligence. Indeed, Chad Meley of Teradata foresees the multiplication of big data platforms accessible to the public in Saas mode. The learning machine will thus become available without computer or coding skills. But while waiting for this to happen you can go and see how to invest in artificial intelligence as of now to take advantage of this trend!

But artificial intelligence will not be used only to solve hunger around the world. Deepfakes are the evil counterpart of the benefits of AI. Indeed, DeepFakes should start to be released soon because the technology is already developed. One can think that there will be artificial intelligence startups created to detect deepfakes!

This is not really one of the new 2020 trends, but it is certainly a trend that will become stronger! Russia and Saudi Arabia have financed very large deals through sovereign wealth funds and should continue to do so. As a reminder, the Public Investment Fund (PIF) of Saudi Arabia has invested nearly 90 billion dollars in the SoftVision fund. The PIF has thus invested 45% of the total amount of SoftVision. SoftVision being one of the largest funds for startups in the world. This fund has moreover taken stakes in a few successful startups such as Slack, and even unicorns such as PayTM. Finally, Saudi Arabia has tripled its startup-focused installations. And “Vision 2030” has set significant targets to support SMEs.

For its part, Russia has also been rather dynamic, investing in Richard Branson’s Hyperloop project but also in the Russian Google, called Yandex. Moreover, Moscow has created one of the biggest centres for innovation and start-ups: Skolkovo. This giant incubator created an investment fund “Skolkovo Ventures” in 2018. Together with Sberbank, this new Russian fund dedicated to startuppers should invest in numerous projects.

Health and wellness will be among the top Trends 2020. Not only medical groups, but also startups and Google are interested in this market which promises to be huge. Indeed, life expectancy is increasing almost everywhere. As a result, more and more people are reaching an age that requires more care: anti-aging, wellness, etc…

Google, the tech giant, is already ahead in the field. Its subsidiary Calico Life Sciences is making research a priority. With 2 main objectives: to increase life expectancy and to develop responses to age-related diseases such as cancer or neurodegeneration.

Other startups go further by proposing to replace the body organ that no longer functions. Organovo and Celllink propose to use 3D printing technology to print organs. These organs would be made of cultured and interconnected cells. And some solutions already work, such as the artificial heart of the French company Carmat.