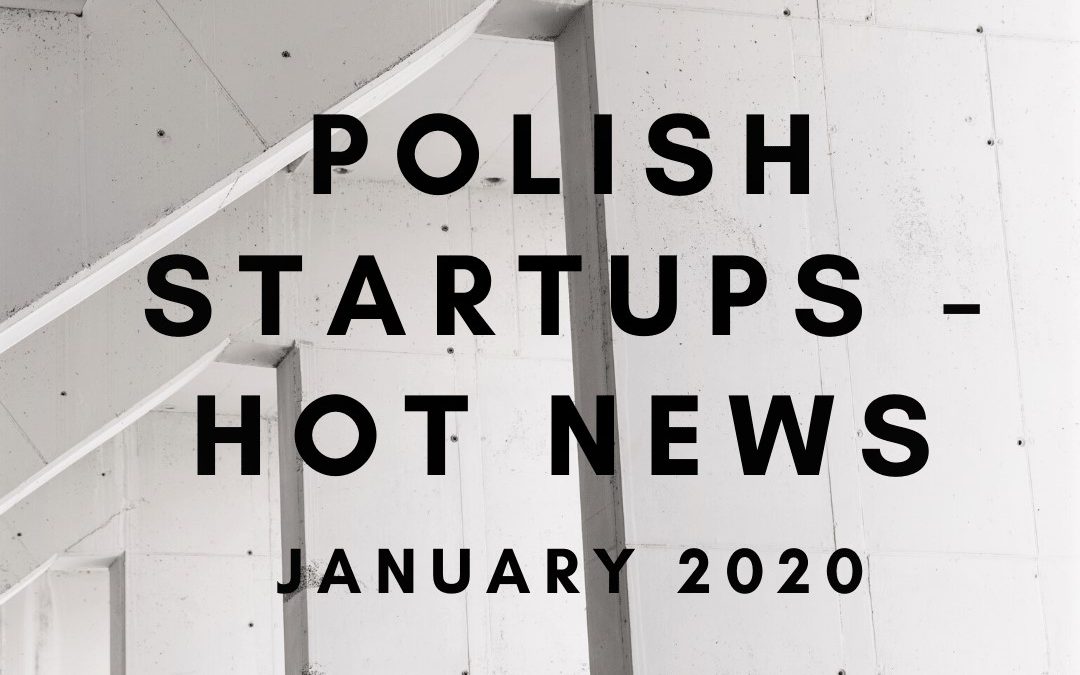 Every month, StartuppersClub brings you the not-to-be-missed news about Polish startups. Here is the summary in a few points of the month of January 2020. And, if you’re interested in the subject, don’t forget to find out why Poland is the next Start Up Nation.

The financing of Polish startups is booming after a decade of stagnation. Venture capital investment in 2019 was PLN 1.3 billion, or EUR 0.3 billion. This is 8 times more than in 2018!

However, 3 Polish startups account for almost half of the investments. Around EUR 134 million were invested in the following companies:

Of course, this is still much less than in France or in the UK: for instance, French startups have raised around 5 billion euros in 2019. Finally, a particularity of the Polish financing market for start-ups is that it is mainly… public! Given the scarcity of funds investing in venture capital in Poland, the state has taken matters into its own hands. 2/3 of Polish sartups have received public funds. But they capped the financial aid at 125,000 euros. Too little to really launch a startup.

Paid sabbatical to create a startup

According to the Polish Minister of Development, employers are reluctant to grant long-term leave to their employees. However, the government is considering giving this possibility to computer scientists, engineers and programmers employed in large companies who are reluctant to take it up.

“We would like to prepare a solution such as maternity leave for a certain period of time. So that the entrepreneur can try to test his idea” – explained the Minister. The regulations are intended to ensure that start-up startuppers would have access to sabbatical leave. It would also secure their reintegration in the event that their start-up fails to get off the ground.

Boomerun, a Polish startup that pays you to walk!

Boomerun wants to motivate you to stay active. Every hundred steps registered in the application gives one point. And the points are transformed into vouchers. It’s a new field of economy that opens up according to its designer Tomasz Uściński: #Walkonomics. More concretely, the application works with Google Fit or Apple Health to count steps. The application is partly financed by public funds for the moment while waiting to refine the business model.

On the user side, you still have to be a good walker. For the equivalent of 16€ (70 PLN), you have to walk for 2 months about 7000 steps per day! The founder claims that you just have to walk to the next bus stop instead of choosing the closest one to make it easy to reach! We are waiting to see if it works !

The Tauron incubator was created by Tauron Polska Energia, a major Polish energy group. After studying 300 ideas and meeting 35 startups, Tauron Progres has chosen 12 projects on which it will collaborate. The group wishes to develop new services related to the connected home in particular. Some startups integrating this incubator had already benefited from the KPT ScaleUp accelerator program in Krakow.