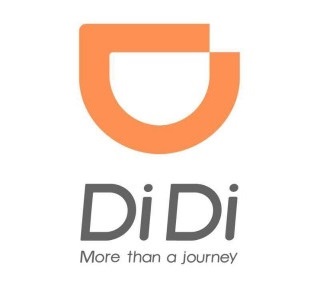 Today, the Startuppers Club presents a Chinese startup: Didi Chuxing! The Chinese equivalent of Uber … Importing an idea from abroad can be a good idea if you understand the specifics of the target market. Travis Kalanick created Uber in 2009, Didi Chuxing released his app 4 years later! The competition was bound to rage for the Chinese market.

Launch of Didi Dache on transportation on demand

In June 2012, through its company Orange Technology, the startupper Cheng Wei created Didi Dache. It means “Beep beep Call a taxi”. Just 6 months after the launch of the application, in November 2012, the Chinese giant Tencent was investing $ 15 million in this promising local Uber. Indeed, Tencent is the chinese equivalent of Messenger, with some internet services added. When Tencent invested in Didi Dache, Uber was exploding in the United States and the investor hoped to be able to replay his own scenario (the boss of Tencent said that “copying is not bad”).

But Didi Dache is not the only one on this big market! Kuaidi Dache is a serious competitor since Jack Ma, the investor and venture capitalist and his fund “Alibaba Group” backs the startup. Each contestant pay a price war and make the effort to gain market share. In February 2015, Didi Dache holds 55% of the market and Kuaidi Dache the remaining 45%. Each of them had fundraising in Series A, B and C in 2014. The global market is 150 million people which is huge, but the losses also start to be important for both competitors. Didi Dache suffers $ 700 million loss while Kuaidi Dache is around $ 600 million loss. The two rivals decided to merge, but to keep each their management, which could be likened to a practice of unlawful agreement.

As of September 2013, Uber was trying to penetrate the Chinese market. Price competition was raging against Uber, especially in 2015. Uber had taken over 40 cities in China for a valuation of 8 billion dollars. But the losses are massive, around the billion dollar, maybe even 2.
The merger allowed Chinese groups to better defend themselves against Uber. And besides the American is financed by Baidu (equivalent of Google in China and giant of the Chinese Internet), Uber China has since been bought by … Didi Chuxing in August 2016! In December 2017, Didi raises $ 4 billion to establish its dominant position in the market and enter new markets like artificial intelligence.

The new developments of Didi Chuxing

Recently in 2018, Didi Chuxing launched its international expansion with the development of the application in Mexico, Australia and Japan. Also, we find in the projects of the startup ideas about artificial intelligence and autonomous driving of course.

An artificial intelligence laboratory opened in Beijing in January 2018. Its goal is to solve transportation issues in China. 200 engineers and data scientists worked on it from the outset. 20 cities are already equipped with the Didi Smart Transportation Brain. This software makes it possible in particular to regulate the duration of the traffic lights and thus to make traffic flow more fluid.

But artificial intelligence also serves Didi Chuxing. In China, Didi collects 10 billion trips every year. The developed AI can predict demand 15 minutes before it arrives with 85% accuracy.
The launch of the application in Japan is planned for autumn 2018, in partnership with SoftBank. Didi also bought the group 99, which is also focusing on transportation on demand, but in Brazil.

Didi Chuxing in Mexico in 2018: Guadalajara and Mexico

The Chinese startup launched its app in July 2018 in Mexico! To get a good start, the application was deployed in 2 cities: Guadalajara and Monterrey. Respectively 3rd and 8th largest cities of Mexico, Guadalajara is 5 times less important than Mexico. But the student and international population is very important, less efficient transport can be noticed and competing applications are less advanced. To accelerate its development, Didi Chuxing offers recruited drivers the home navigation system and above all a guaranteed salary of around € 500. Finally Didi Chuxing proposes the lowest commission of the market for the drivers. Let’s see what happens !