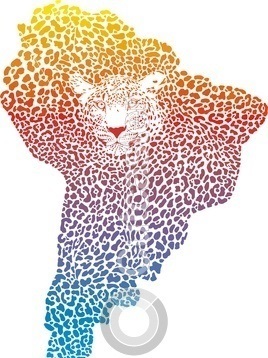 The startup environment of South America is exploding and bring new stars to life every year. Even though Argentina and Brazil remain the two giants of technological entrepreneurship, Mexico and Chile are beginning to emerge and produce beautiful startups too.

Startuppers Club and Nathan Lustig, co-manager of the venture capital fund Magma Partners that invests in Latin American startups, present the 10 startups that should explode in the coming years:

Founded in 2014, this e-commerce platform buys and sells used electronic equipment, and mainly smartphones (hence the name Troca-Fone). The service offered by Trocafone is quite comprehensive. Indeed, the website buys used laptops, restores them professionally, and finally sells them. Customers of the site are reassured in their purchase of a second-hand laptop and actually earn on the price paid. Vendors enjoy a fast and efficient sales system with pre-addressed envelopes and a sale that only takes a few seconds to set.

The fundraising confirms this good activity with already 49M $ raised in 4 years! The last round of funding is from November 2017 for $ 15M. The following funds participated in the fundraising round Sallfort, MIT Castor Ventures Fund, FJ Labs, Rocketship and … the fund of Mercado Libre! Indeed, the latest investment fund is from a heavyweight South American E-commerce sector that we detail just below: MercadoLibre.

MercadoLibre is no longer really a startup but rather a scale-up that looks like Amazon in South America. It is probably one of the most famous startups in South America, which today has a valuation of more than 14 billion dollars. In 1999, Hernan Kazah founded the startup that internationalized from 2008. Today it is listed on the Nasdaq and although it does not have the same progress as Amazon, its valuation has been multiplied by 3 in 4 years !

99 is the second most used carpooling platform in Brazil. Its business plan looks like Uber or Lyft ones. The Brazilian startup raised $ 241 millions before being bought back. Indeed, in January 2018, the Chinese startup Didi Chuxing bought 99 for an alleged amount of one billion dollars ($ 1B).

In 2013, the Frederico Vega former banker startupper in London created CargoX . It’s a little bit the “Uber of trucks” in Brazil. The solution finds you room on trucks where it remains and completes the cargo. The carrier is happy because it optimizes its loading. The customer is also happy since he pays generally less and will be able to access smaller volumes. Finally, data becomes the heart of the business: GPS tags are installed in the cargo and allow to know exactly where the goods are in real time.

Many large funds have rushed to invest in this startup as Goldman Sachs in July 2016 for $ 10M. Since then, the startup has raised an additional $ 25 million, particularly in November 2017. CargoX already generates a turnover of $ 200 million and therefore ranks in the 25 largest trucks transport companies in Brazil, according to its founder! This convinced Unilever to become a customer and George Soros to invest.

Elon Musk with SpaceX is not alone in building Space Tech startups! Emiliano Kargieman founded his startup after following NASA’s Ames Research Center program. Overall, the goal of Satellogic is to democratize access to space services by significantly reducing the cost of obtaining real-time data via satellite. To achieve this goal, the startupper produces nanosatellites. The final project envisages a constellation of 100 or even 300 satellites. This would allow revisits of the same land point every 15 minutes.

In 2017, Satellogic secured a $ 27 million investment by Tencent and CrunchFund . Since then, the 6th microsatellite has been in orbit since the Jiuquan site in China. The 7th and 8th satellites of the network should be launched in the course of 2018. In 2018, the startup has 90 employees spread over the various offices: Buenos Aires, Montevideo, Tel Aviv, San Francisco and Barcelona.

Psafe develops applications that optimize mobile security and privacy of personal data. With over 100 million downloads / installations and 20 million active users, Psafe is the largest mobile security platform in the Americas.

In 2013, Psafe raised $ 30 million in Series C from Qihoo 360, Redpoint e.ventures, and Pinnacle Ventures. After these investments, the start up has partly relocated to San Francisco and boasts 10 million active users in the US.

Nubank is the Brazilian specialist in digital finance. The startup is developing an online banking solution with a commission-free credit card that works with a mobile application. David Vélez gained “banking approval” in 2018, only 5 years after founding his company in 2013. Cristina Junqueira, the second founder, would never have thought that the growth of the first years would be as strong.

The startup Nubank raised $ 80 million in 2016, notably from the DST Global fund. Then, the project get bigger again and spread to Europe with new offices in Berlin. Finally in 2018, a new raise of funds for $ 150M rushed Nubank to the closed club of unicorns (more than $ 1bn in valuation). The main investors in this new round are DST Global Investment, Redpoint Ventures, Ribbit Capital, QED and Founders Fund, the investment fund of Paypal Mafia. This last round raises the total raised funds to $ 330 million.

Yogome develops educational games for children from 4 to 10 years old. The games are available on tablet and mobile. The application quickly climbed into the top 10 apps in the “Education” category on Apple’s App store. The games are developed by pedagogical experts and cover many topics seen in class. The company is already dreaming of a general brand of childhood.

For now, the startup has raised funds around $ 27M during its last round. Previously, first fundraisers had already raised $ 10 million. Manolo Díaz, the statupper who founded this EdTech in 2010, already has great ambitions, especially in Asia. Indeed, the purpose of the capital increase is mainly expansion to the Chinese and American market.

With the same strategy, OpenEnglish has grown strongly since Venezuela and won the huge Spanish-speaking market in the United States. Founded in Venezuela in 2006, OpenEnglish has already delivered live classes to more than 500,000 students in 40 countries.

Etermax is a mobile game development startup that has developed the viral game “Trivia Crack”. The game quickly rose to the top of downloads in South America. Then, it spread to the United States with 65 million downloads at a rate of 50,000 per day. Etermax is now considered one of the heavyweights of mobile gaming.

What’s interesting is that this kind of startup has needed to raise only $ 50K since its founding in 2009, according to Crunchbase. Offices have been opened in New York and Berlin, in addition to those in Buenos Aires. Congratulations to startupper Maximo Cavazzani, who is just over 30!

Wizeline is a software solution that helps developers design their technology faster. Headquartered in Guadalajara, Mexico, the startup has also grown in San Francisco in Silicon Valley. Since its founding in 2014 by Bismarck Lepe, the company has already raised a total of $ 62 million ($ 62M), according to the Crunchbase website.