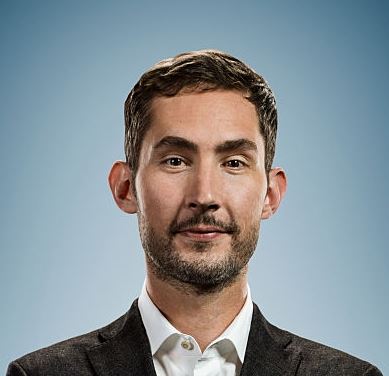 Kevin Systrom is not really the most famous startupper. He is almost a normal guy, he did not make too much headlines and most people would not even recognize him in the street. Yet he has developed an application that everyone knows: Instagram . The startup boasts over a billion users, 75% of whom are outside the United States.

Let’s go back to Kevin Systrom: a normal guy. Well, almost … First of all, because he was born into a family of entrepreneurs – his mother was an accomplished business woman. Then because he was studying at Stanford from which he graduated with a bachelor’s degree.

At Stanford precisely, the young Kevin did not study computers but economics. He did spent a semester in Florence to learn photography. His Italian teacher show him the Holga camera that will become the icon of the brand. But in his spare time, he learns how to program and code small programs. Smart student at Stanford, Mark Zuckerberg was trying to recruit him to work at Facebook. But Kevin Systrom preferred to finish his studies. Finally, he was recruited in 2005 as a trainee in a company called Odeo. Nobody knows this startup now… except that it is the ancestor of Twitter ! There he met Jack Dorsey, the founder of Twitter, with whom he develops some applications.

After graduation, he finally worked at Google . Not in the IT development department but in the marketing department on products like Gmail, Google Docs, and Google Spreadsheets. After 2 years in marketing, he joined Google’s mergers and acquisitions department. Eventually, Kevin Systrom resigned from Google and joined a startup launched by former search engine developers. There he focuses on code learning and programs check-ins mechanisms and small games. But on his free time, the young startupper was developing Burbn .

Burbn is an application built in HTML5 to search for places to go out and post pictures of these evenings. In March 2010, Kevin Systrom participated in Hunch to pitch his startup. He convinced Andreessen Horowitz to invest $ 500K in his project . These funds allow him to quit his job at Google and devote himself completely to his project with his friend Mike Krieger. They decided to focus on photography only, because it was Burbn’s favorite feature. They find the name “Instagram”, short for “Instant Camera” and “Telegram”.

In October 2010, Kevin Systrom added the app to the Apple App Store. And BOOM ! That’s the explosion. The application is downloaded 25000 times from the first days. Within a week, Instagram passes the 100,000 users. Remember that at that time, the cameras of the mobilephones were still of poor quality. And the 2 startuppers targeted Iphone 4 users who will certainly be happy to apply a filter on their photos to improve them. Kevin Systrom continues to work on the product while remaining focused on the user experience. And it works: the number of users grows very regularly.

15 months later, in April 2012, Instagram is finally bought by Facebook for $ 1 billion. No doubt you can hardly say no to one billion dollars. Kevin Systrom pocketed $ 400 million, his partner Mike Krieger netted $ 100 million in his pocket. Another $ 100M was distributed among the 13 employees of the startup. The rest goes to the funds that believed early in the star company. In 15 months of operation, it’s a good deal. But what ultimately pleased the founders is the opportunity left by Facebook to run the business independently. Kevin Systrom is still CEO of Instagram.

Since the purchase by Facebook, Instagram has developed new features. In particular the filters, the geotag of the photos, the timelapse and of course the live videos! In August 2018, Instagram strives to secure its platform and allows everyone to have their profile certified. A precious grail reserved for well-know influencers before.